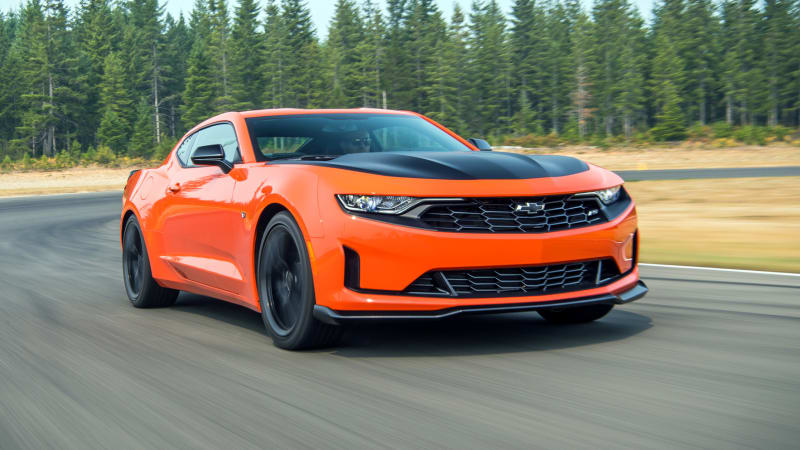 The 2022 Chevrolet Camaro V6 and Turbo are reportedly losing their respective 1LE packages. Muscle Cars and Trucks broke the news the other day, citing the 2022 Camaro order guides. We checked the guides, too, and the 1LE package is indeed missing for V6 and Turbo models.

Instead, it’s looking like you’ll need to pony up to the SS or ZL1 to get Chevy’s track-designed performance package. Chevy originally launched the V6 1LE for 2017, whereas the Turbo debuted for the 2019 model year. These 1LE versions added a host of track-designed equipment like SS suspension, a mechanical limited-slip differential, Camaro SS fuel system for high-G loads, enhanced cooling, Brembo brake package with track-ready pads and the larger Goodyear Eagle F1 summer tires from the SS. They also added a new Track mode and Competition mode, suede steering wheel and shifter (manual only), black-painted hood, and lastly, the package made Recaro seats optional. The one intangible that makes 1LE models special is that GM extends the full factory warranty to track use, which is something other manufacturers may expressly prohibit or fail to cover. Non-1LE models don’t have the same warranty.

Your author attended the launch for the Turbo a couple of years ago at The Ridge Motorsports Park. Back then, Al Oppenheiser (then Camaro guru) told me that the 1LE program was outperforming sales expectations, leading to the expansion into the V6 and Turbo models. Chevy doesn’t break down sales by 1LE or non-1LE models, so it’s difficult to say for sure, but demand could’ve softened. We’ve contacted Chevy to confirm the news, and will update if/when we hear back.

It’s a shame to see both of the more affordable 1LE models head out to pasture for 2022. They offered a unique proposition for folks looking for cheap track toys that would otherwise be shopping for something like a Honda Civic Type R, Hyundai Veloster N or VW Golf R. It doesn’t offer the utility or winter usability that those cars do, though, which could very likely be important factors if it’s going to be your only car. If you want one of these entry-level 1LE models, it looks like the 2021 model year will be your last new choice.