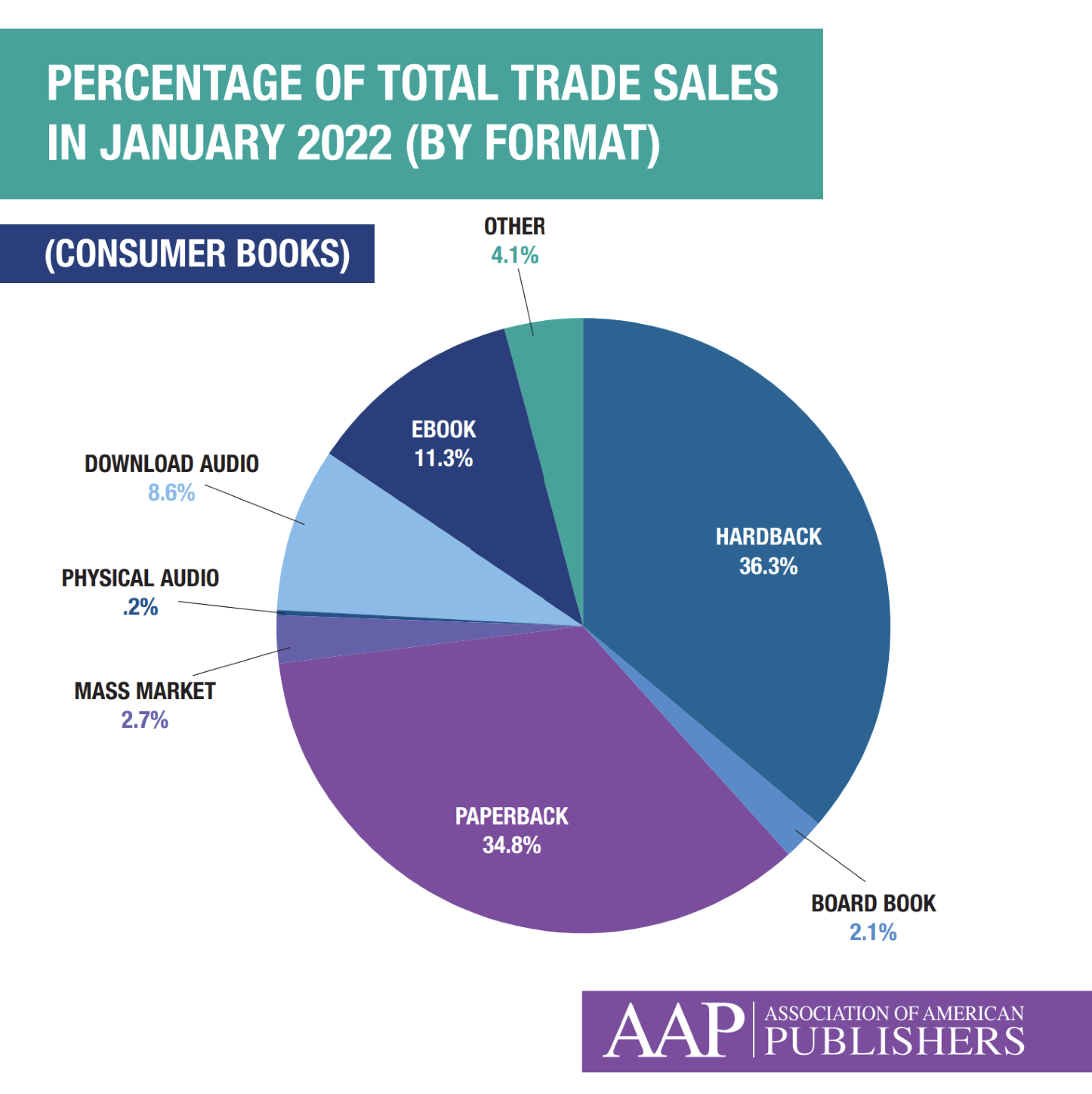 Digital book sales have fallen by double digit figures in the first month of the year in the United States. They have plummeted by a massive 10.1% and the format generated $81.5 million. Meanwhile, digital audiobooks continue their explosive growth and sales increased by 5% for the month and brought in $62.1 million in revenue. Physical Audio was down 38.2% coming in at $1.2 million.