Celebrities are creative and imaginative by nature. Many of them have made the transition from film, stage acting, or singing to the written word with much success. A tell-all memoir, often written with a ghost writer, which highlights the pleasures and plights of living with fame, fortune, and Hollywood “frenemies” may be typical among A-list celebrities. 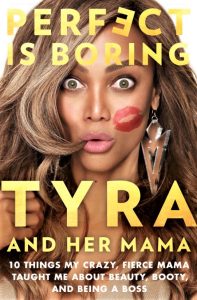 Model, television personality, producer, businesswoman, actress, and writer, Banks is a powerhouse of innovation. Banks’ first foray into the publishing world was in 1998 when she co-authored Tyra’s Beauty, Inside and Out. In 2011 she released Modelland which topped the New York Times best seller list. Banks latest literary offering was co-written with her mother, Carolyn London. “Perfect is Boring, is a true memoir of what they’ve learned through the ups and downs of Tyra’s long career and journey from an unsure preteen, to supermodel and entrepreneurial legend. 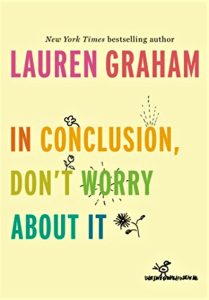 The Gilmore Girls and Parenthood star is also an established bestselling author. Grahams’ debut novel (2013), Someday, Someday Maybe, is a charming novel about a young actress struggling to get ahead and keep things together in New York City in the 1990’s. Talking as Fast as I can is a collection of personal essays about love, life, and working as a woman in Hollywood.

In a follow-up to a celebrated graduation speech she delivered in 2017 at her old high school, Langley, Graham wrote In Conclusion, Don’t Worry About it, which is caulked full of advice for graduates, on how to live an authentic life. “If you’re kicking yourself for not having accomplished all you should have by now, don’t worry about it. Even without any ‘big’ accomplishments yet to your name, you are enough.” 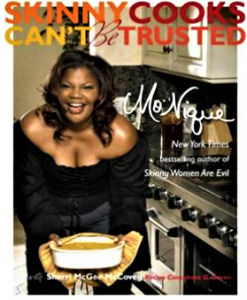 This isn’t just your average cook book, Skinny Cooks Can’t Be Trusted has amazing recipes, great cooking tips, funny heartwarming antidotes such as a story about her mama’s stuffed fish that blew up in the oven, but somehow ended up making it to the dinner table anyway. Mo’Nique’s comedic voices is present throughout the book with several funny antidotes, such as “what to wear if you’re gonna go there” (because if done right, good food can lead to good lovin’!). 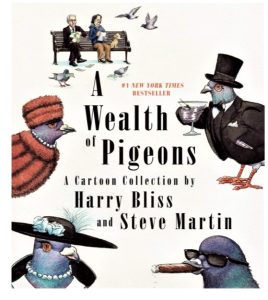 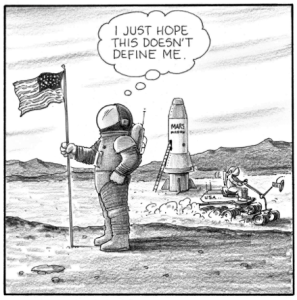 American actor, comedian, producer, musician and writer, Steve Martin does it all. Martins foray into writing started with adapting screen plays, and writing several pieces for the New York Times during the 1990’s.

In addition to stand along articles, Martin has written several books in a variety of genres. Memories, nonfiction, fiction, puzzle and joke books; there seems to be no limits to his creative expression. The latest offering from Martin is into the arena of cartooning.

“I’ve always looked upon cartooning as comedy’s last frontier. I have done stand-up, sketches, movies, monologues, awards show introductions, sound bites, blurbs, talk show appearances, and tweets, but the idea of a one-panel image with or without a caption mystified me. I felt like, yeah, sometimes I’m funny, but there are these other weird freaks who are actually funny. You can understand that I was deeply suspicious of these people who are actually funny.” – Amazon reviews

In order to move into this admired area of cartooning, he worked with celebrated New Yorker cartoonist Harry Bliss. Martin shared the story ideas and captioned concepts while Bliss provided amazing artwork, pulling together a collection of fully cartoons, comic strips around amusing commentary.

Other works by Steve Martin 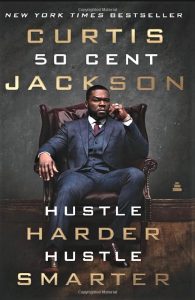 New York Times bestseller Hustle Harder is a deep dive into Jackson’s personal journey as a businessman, musician, creator and survivor. Not only does Jackson go open up about his struggles and successes through personal loss to legendary comeback, but Hustle Harder delves into self-help motivation through sharing cutting-edged lessons, hard-earned advice on how to embrace and thrive with change.

With Chapters such as; Finding Fearlessness, The Power of Perception, Evolve or Die, and The Entitlement Trap, it’s clear that Jackson has tapped into a journey of expansiveness, which somehow ends up being very down to earth and relatable to the reader. “A lot of people probably think I was born fearless. I might project that energy, but it’s not true.”

This book is relatable to anyone trying to live their best authentic life without limits and fear.

Other works by Curtis Jackson 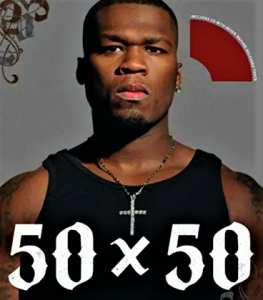 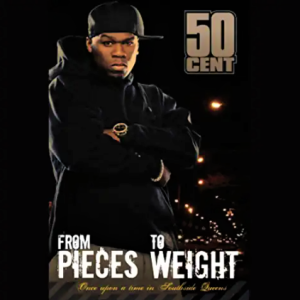