They share the same love for tattoos, and recently, Justin Bieber and his wife Hailey Bieber got matching peach tattoos in honor of Justin’s new single, Peaches.

Released on March 19, Peaches debuted at number one on the Billboard Hot 100 songs chart. Simultaneously, his sixth studio album, Justice, landed on top of the Billboard 200 albums chart, making him the third artist and the first male solo artist to achieve the feat.

On March 28, Justin Bieber revealed the new addition to his tattoo collection via Instagram. He posted a series of photos, showing a peach emoji inked on his neck by famed tattoo artist Brian Woo, aka Dr. Woo.

To celebrate her husband’s smash hit song, Hailey got the same peach tattoo inked on her inner forearm by Dr. Woo. She shared a photo of her new tat via Instagram Story just a day after Justin posted his. 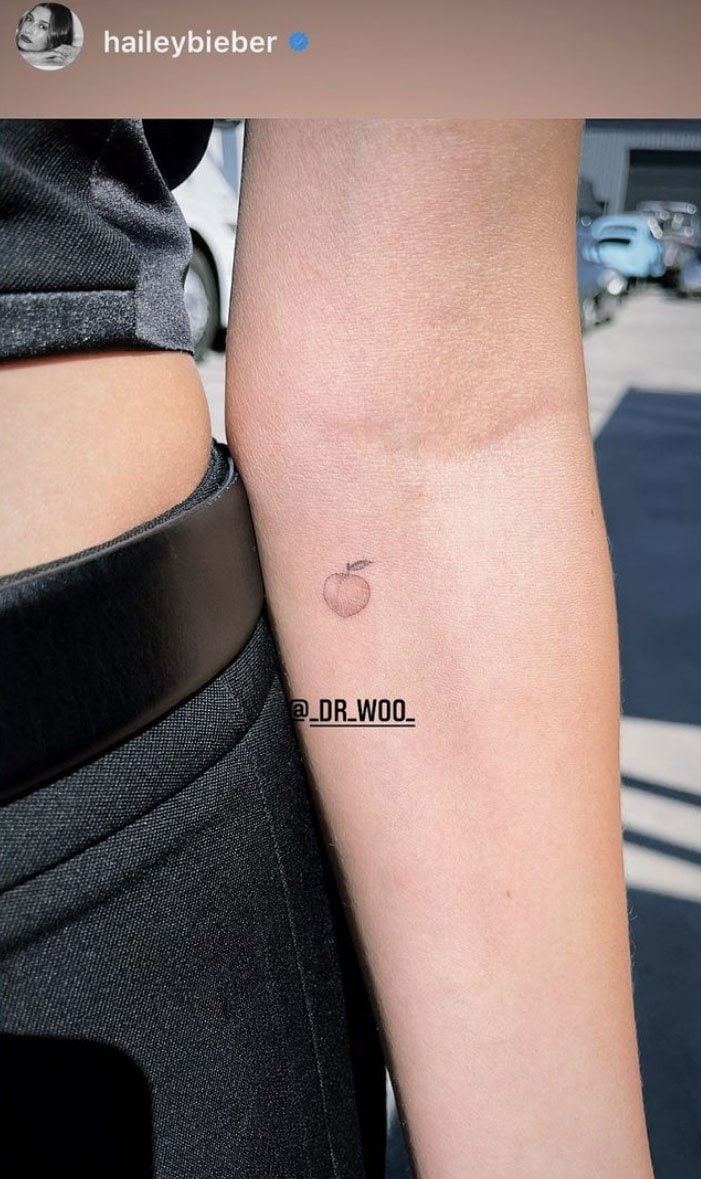 Gigi Hadid shares a photo of her new peach forearm tattoo on Instagram on March 29, 2021

Last week, the 24-year-old model hid her new ink as she stepped out in an oversized tee while out to grab lunch at the Chateau Marmont in West Hollywood. 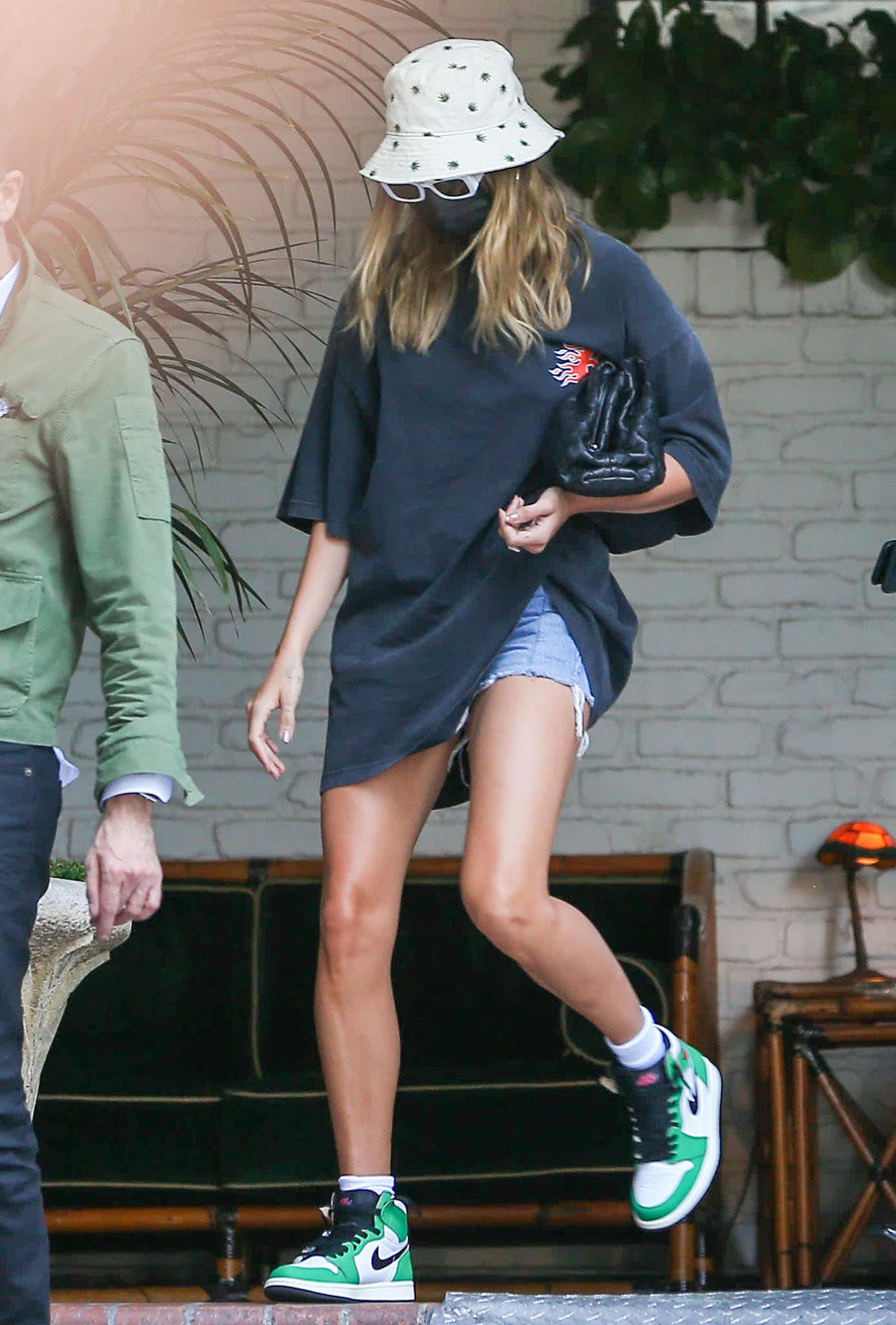 Keeping things casual, Hailey wore a washed black oversized t-shirt from Balenciaga with a B flame design printed on the left chest.

She teamed it with a tiny pair of EB Denim Levi’s distressed shorts that showcased her toned, tanned legs. 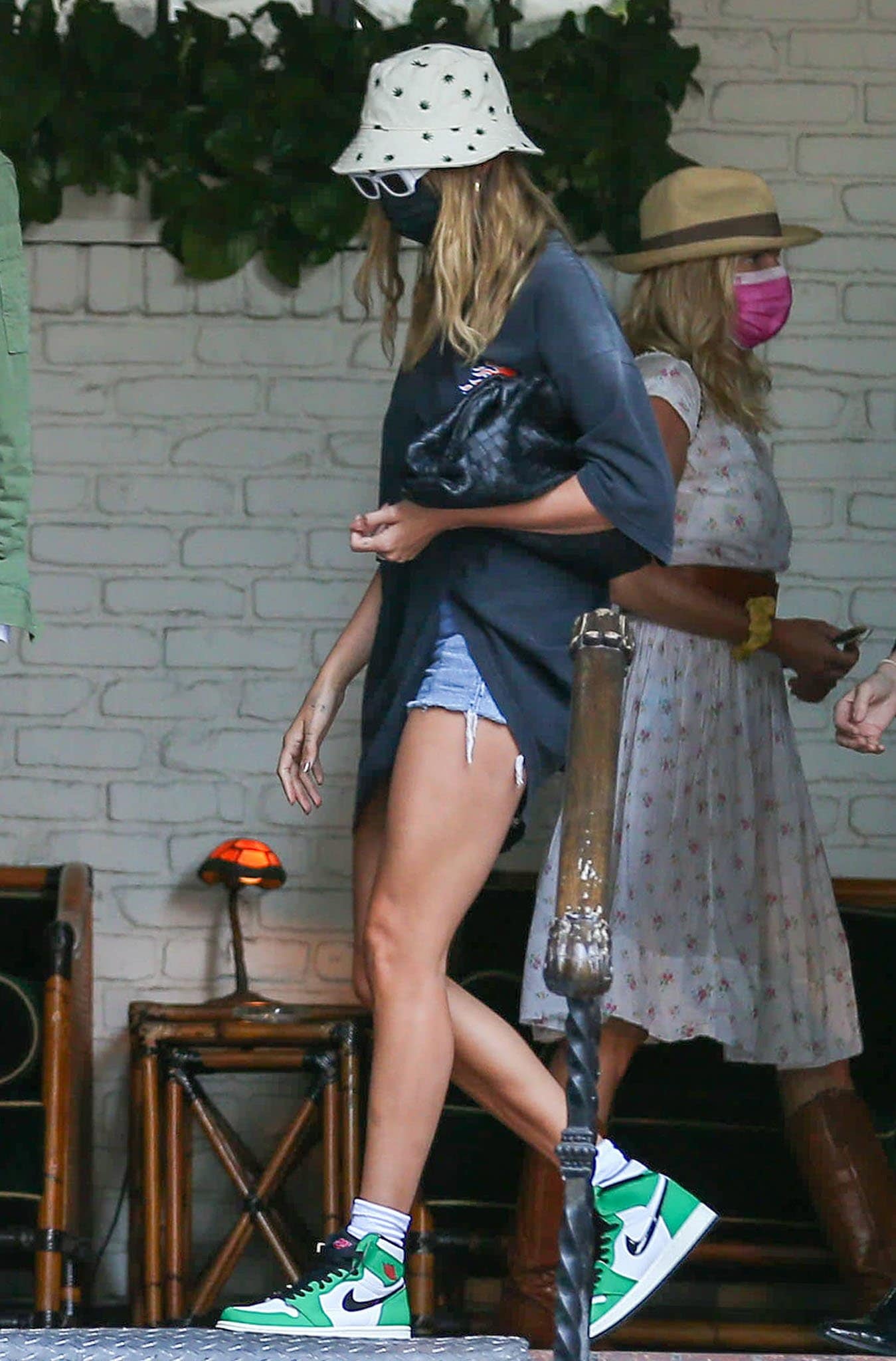 Wearing her blonde tresses in natural waves, Hailey styled her outfit with a white Urban Outfitters embroidered leaves bucket hat in an attempt to go incognito.

She hid her eyes behind a chunky pair of Oscar and Frank “Cortez” white-framed sunglasses and covered her mouth and nose with a black face mask.

The Who’s in My Bathroom host carried her stuff in a black Bottega Veneta pouch, which you can get for $3,200 at Farfetch. 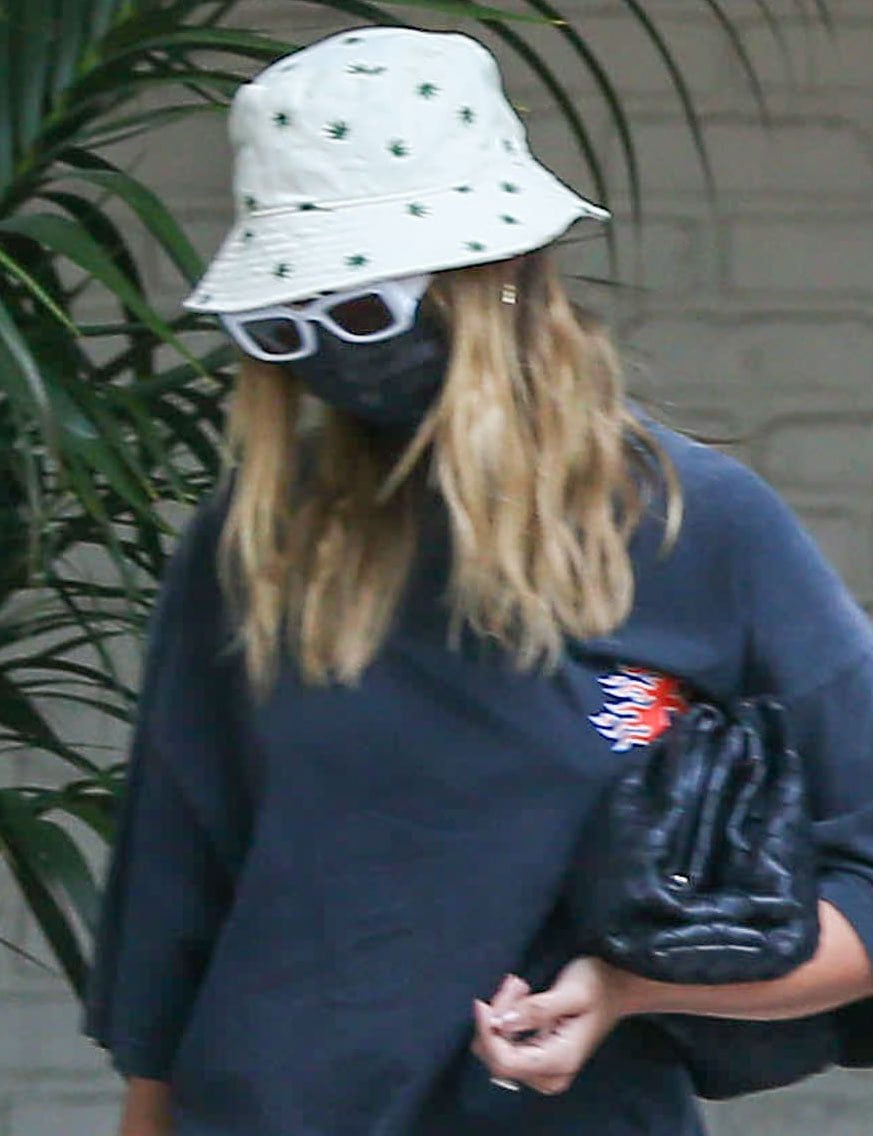 Released as part of the Holiday 2020 collection, the Lucky Green AJ1 High draws inspiration from Michael Jordan’s 63-point playoff game at the Boston Garden against the Boston-Celtics in 1986.

These Nike kicks dropped in October last year for $170 but can now be purchased at StockX and Goat for over $270. 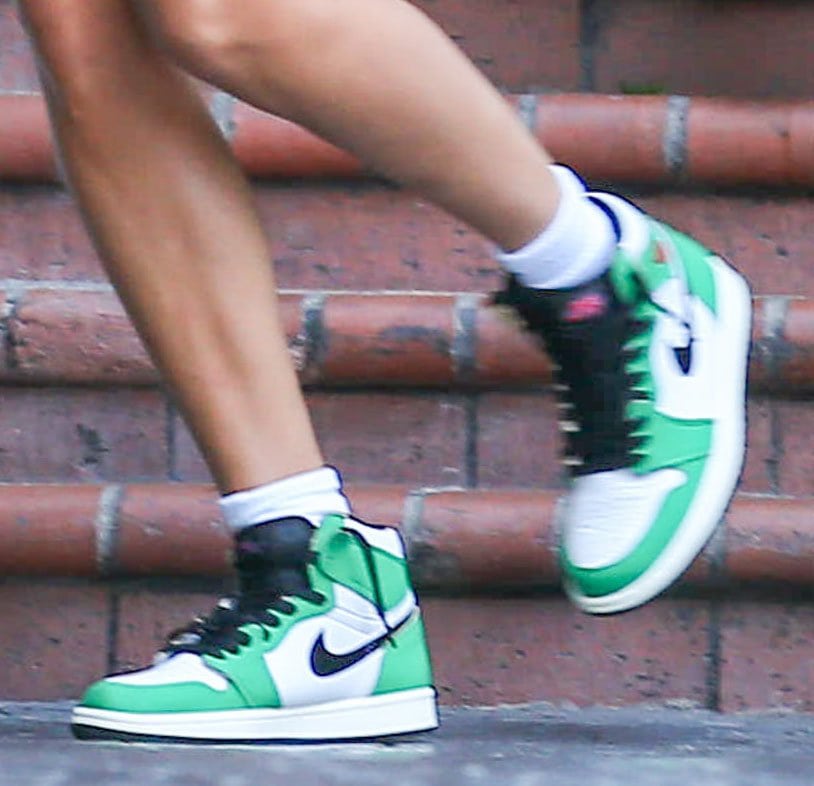 How Dolly Parton’s Boobs and Plastic Surgery Impacted Her Career