How Kim Kardashian Reacted To Hobbit Name in South Park

One year after being ridiculed in “The Hobbit,” the tenth and final episode in the seventeenth season of the American animated television series South Park, Kim Kardashian was busy making headlines during Paris Fashion Week. 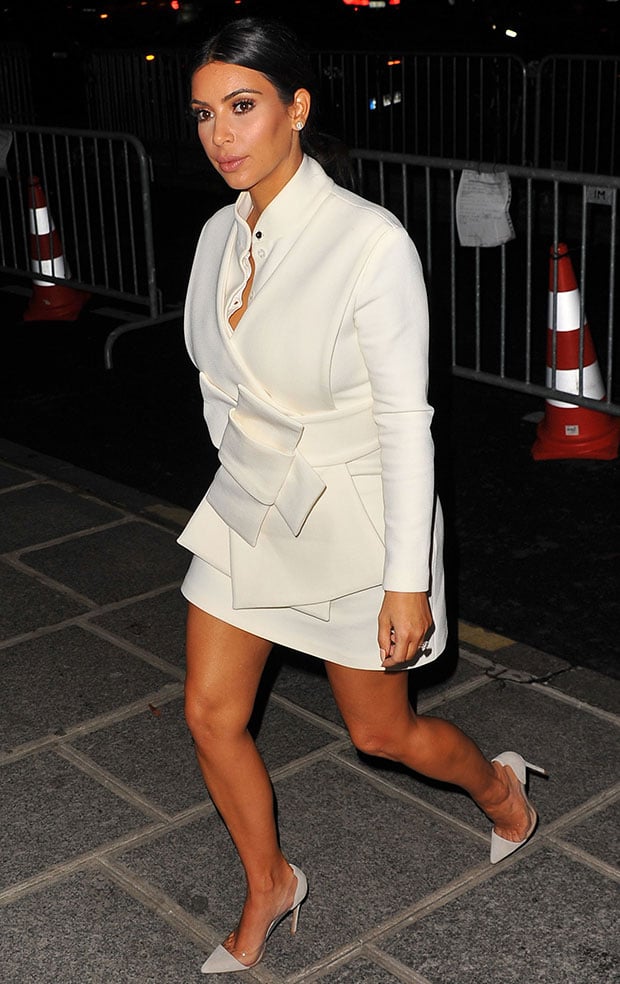 She attended various soirees and runway shows, and it was hard not to notice Reggie Bush’s ex-girlfriend in her revealing sexy ensembles.

In the 247th episode of  South Park that premiered on Comedy Central in the United States on December 11, 2013, Kim was referred to as “a Hobbit” who doesn’t have the beauty or talent of Beyoncé.

“You’ve ever heard of Photoshop? Kim Kardashian is a short overweight woman who manipulates her image and makes average girls feel horrible about themselves,” Wendy tells Butters after he turned down an overweight girl who asked him out. “Look it up stupid, in real life Kim Kardashian has the body of a hobbit.”

“Kim is livid with what the guys from South Park did,” a source told Hollywood Life. “She has found nothing to laugh about with what the show did and considers it an unnecessary attack. The only thing she is happy about is that they didn’t make fun of North.” 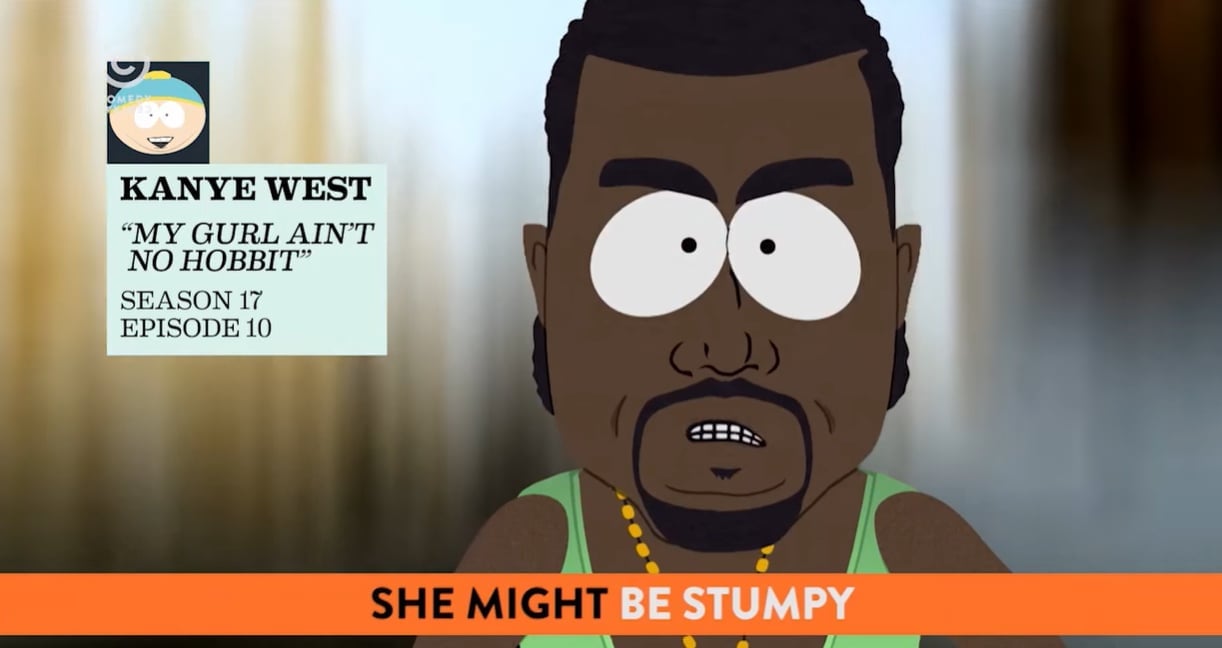 In the parody rap song “My Bitch Ain’t No Hobbit,” which is inspired by Kanye West’s song and music video Bound 2, Kanye raps about how his girlfriend Kim Kardashian is not a hobbit.

“One thing I know, my girl ain’t no hobbit. She might be stumpy; that don’t mean she a hobbit. She’s not a hobbit ’cause she couldn’t be. She got no Bagginses in her family tree. Yes on occasion she hangs out with her dwarf friends. But she never went on no quest with her dwarf friends. Except for one time she went to kill that dragon. She took his gold and she…,” he raps in “The Hobbit.”

“It wasn’t no dragon, so my girl ain’t no hobbit. That was a Quizno’s and my bitch went to rob it. ‘Cause they got that ham that she rubs on her cellulite. While she drinking her grog and singin’ those merry songs… at night… My girl ain’t no hobbit. Please God, tell me I’m not engaged to no hobbit,” he continues rapping after a short break. 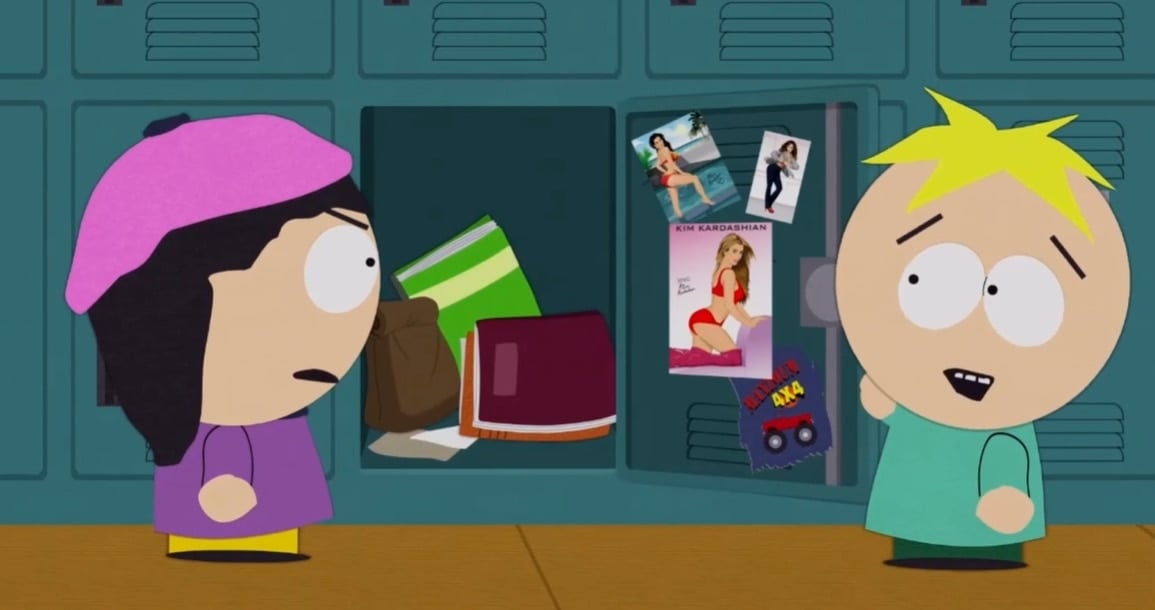 Natalia founded her own clothing label called A.W.A.K.E. (All Wonderful Adventures Kindle Enthusiasm) in 2012, and Kim has worn a number of different dresses from the brand. 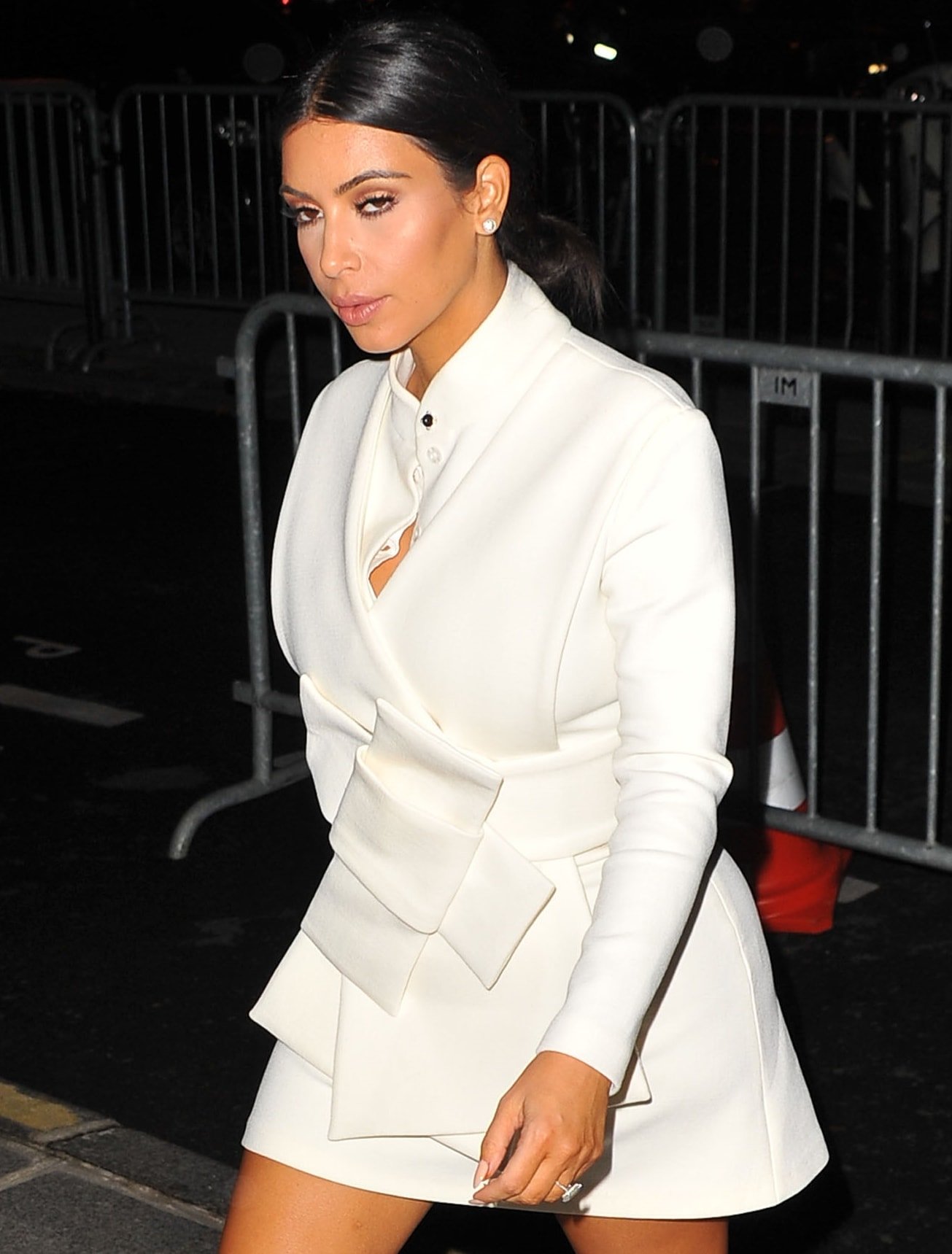 For the event, Mrs. West wore a white A.W.A.K.E. mini dress that features a unique squares design on the front. This polished and sophisticated look was completed with a pair of Gianvito Rossi pumps. 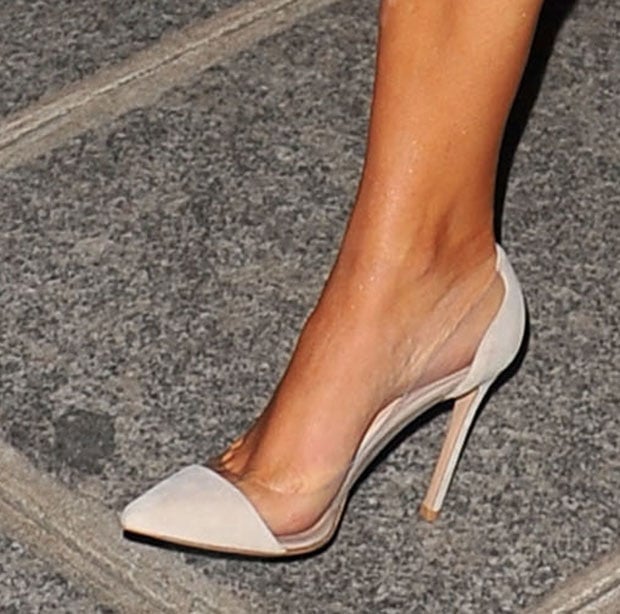 Kim Kardashian shows off her feet in Gianvito Rossi pumps

Do you want to show off your feet in these pumps? They’re a classic with PVC panels, suede trims, pointed toes, and 4-inch stiletto heels. You can check them out in black as well at Nordstrom and Farfetch. 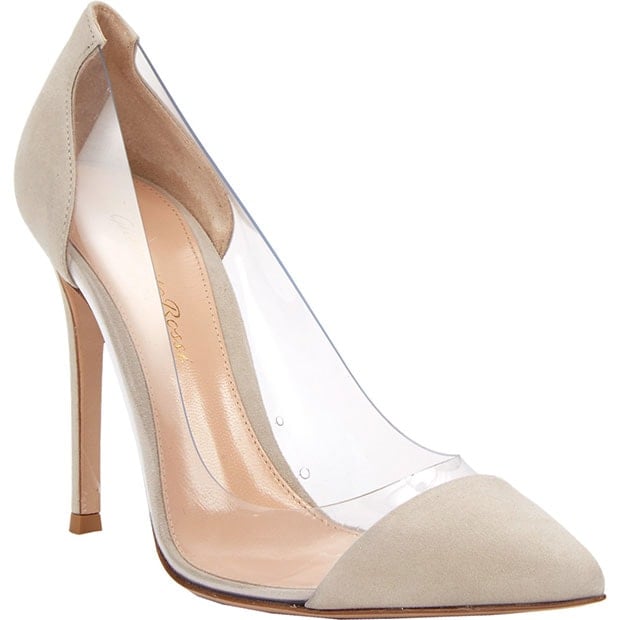 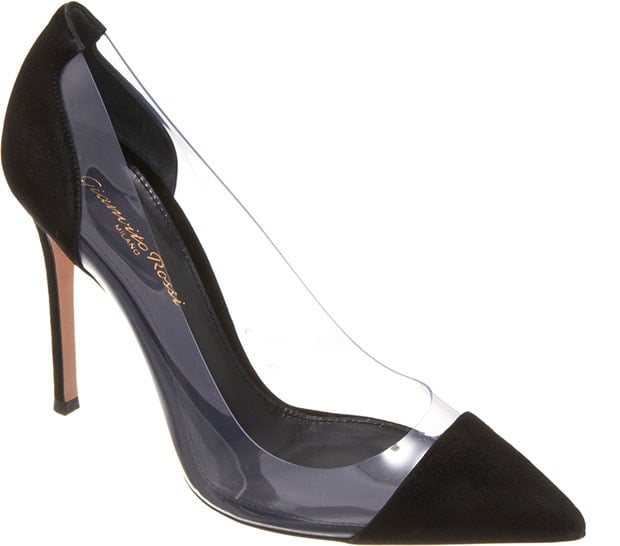