Outriders is the anti-cover shooter 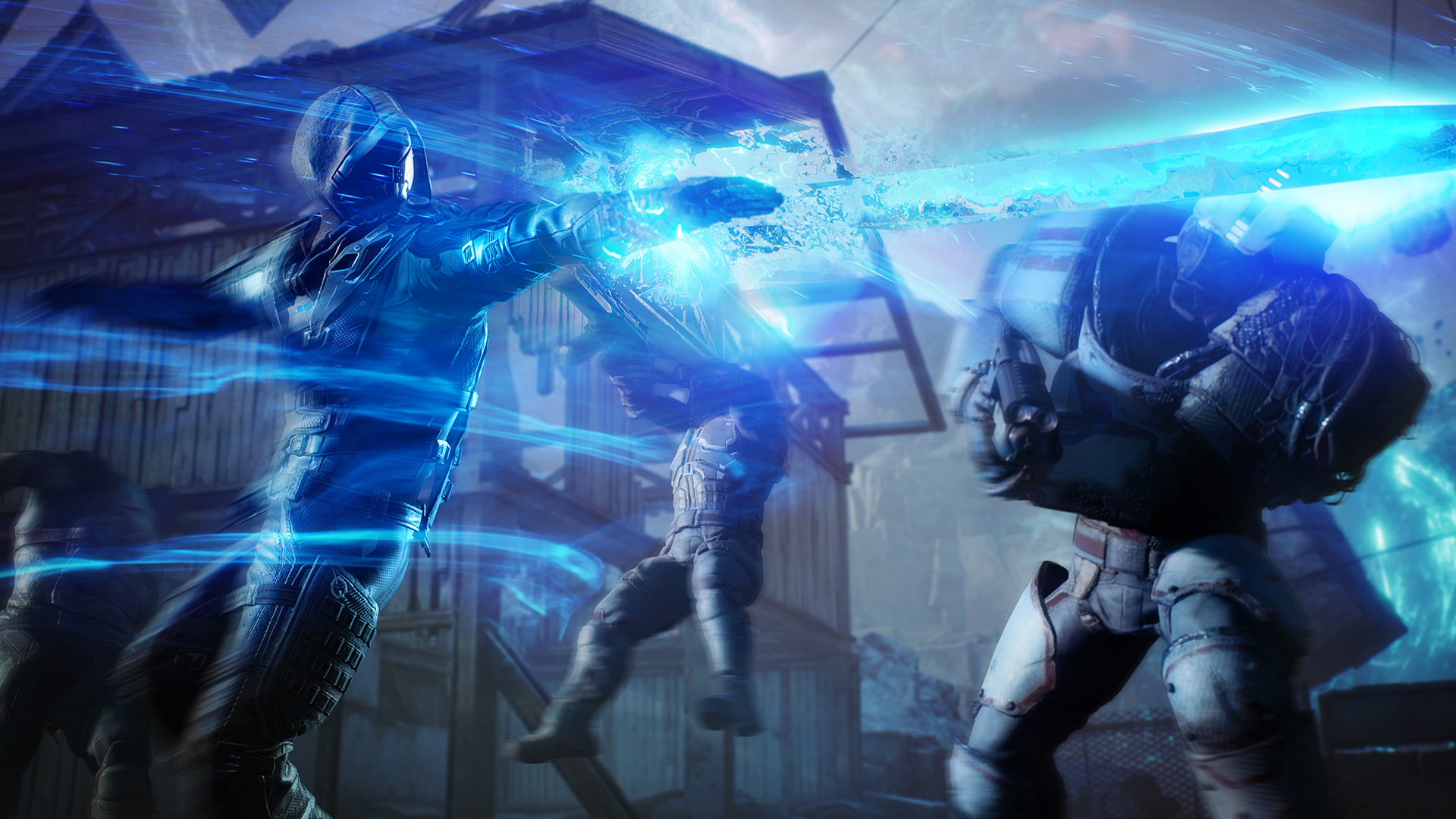 There probably needs to be a new word for it: That deep ennui that comes from entering a videogame area full of suspiciously medium-height piles of rubble and overturned machinery. “Ah, here we go,” I think, seconds before a wave of targets pour into the arena. If you play cover shooters, chances are you don’t mind shooting things from the safety of cover. You might even love it. But you’d probably still agree there’s a uniformity about cover shooter level design, and I’m hardly the first to bring it up. You open a door, enter a large room full of waist-high stuff, and then shooting happens. You finish the shooting, open a door or follow a path, and then enter another large room full of abandoned cars and square planters. So we’re doing this again, are we?

I’m no fan of the cover shooter, myself. It’s repetitive and boring: not even The Division’s loot game can keep me interested. You’d have to pay me to play another Gears of War. As for Mass Effect, I’d prefer if it was a visual novel. When I installed the Outriders demo back in February I deleted it about 15 minutes later. Then when it launched, I stuck around for two hours and then deleted it again. So many waist-high walls. So much hiding behind a concrete slab until an enemy exposed their head. It actually depressed me.

But for some reason I reinstalled Outriders this week and I’m glad I did, because I get it now: it’s not only not a cover shooter (obvious and very true statement) but it feels like it’s playfully toying with cover shooter cliches in general (slightly more contentious statement). After a dozen hours as a Trickster, and a good many abilities and mods at my disposal, the very sight of a conveniently placed crate is inspirational to me, because that’s surely where my pathetic, cowardly enemies are going to hide, and just as surely, that’s where the idiots are going to die.

As a Trickster, I can warp behind distant enemies, create a big bubble that slows down time, and roast enemies into skeleton dust with my deadly Temporal Blade. Those are the skills available right out of the gate. Thanks to my Phantom Dash-equipped footgear, an armor mod which replaces the usual cumbersome dodge roll with a short warp that can clip through enemies, I feel like I’m playing a character-action game (Devil May Cry, etc). Playing with my build, Outriders feels totally different to Gears of War or The Division, and more in common with Vanquish. It’s a flexible spectacle fighter starring a host of enemies who, for the most part, think and act like they’re living in a grey/brown Xbox 360 game.

You can’t blame them. Outriders is technically a cover shooter. Its level design is a series of heinously standard Gears arenas, and for most of the pitiable human foes, that’s the kind of game they’re forced to play.

But you’re not. Picture this: You enter a room sentried by a dozen or so enemies lingering around cement blocks, with some snipers poised atop a distant outcropping. Instead of rushing for cover, I can warp behind one of the snipers, instakill all three of them with my blade, leap down, Phantom Dash towards the cover-cowering idiots, slow down time, and proceed to gun them down before they can get a shot off.

And that’s not an endgame build: I was doing that five hours in.

While it may not be true for all four of Outriders’ classes, as a Trickster you have to think about Outriders’ levels as if you’re fighting yourself from other cover shooters. There are plenty of enemies that brazenly rush your position, but it’s the ones that hide that cause a lot of grief. In the game’s first 15 hours I’ve found myself whittling away these cover cowards before I turn my attention to the more powerful Captain foes, because they’re the ones preventing me from closing in on the biggest threats with their annoying suppressive fire. And once I’ve found them? They’ve just hit the final boss in a masocore alternative universe take on Gears 5.

Cover is there to protect and serve the enemies: it’s not usually wise to use it as the player unless you’re truly desperate. Not once have I snapped to cover and it turned out to be a good idea, though I’ve occasionally taken refuge in quieter areas of the map for a breather, which always feels safer than snapping to any surface. Best to sprint or dash around the battlefield like a ballerina, getting up in people’s faces (the Trickster gains health from close-range kills, after all) and spamming your abilities.

That’s the other thing: abilities in Outriders cool down so quickly it can feel like you’re spamming them, and even early on, some mods make you feel gamebreakingly tough. For instance, I can use my instakill Temporal Blade twice in a row rather than once, and when I warp behind an enemy they immediately suffer Vulnerable status. I’m playing World Tier 6 at level 12 and while it’s not exactly easy, I’m definitely not dying.

Outriders can often feel like a parody of cover-based shooters, most of which are very serious games with very sombre tones. There’s something about shooting from behind cover that is more grounded, more realistic, because in real life I suppose you’d want to guard your body from incoming bullets. That’s reality. But Outriders taunts the very notion of cover, just like it taunts the very notion of making the player suffer through hundreds of hours of grinding to feel like an endgame god.

Many have bemoaned People Can Fly’s departure from the overtly irreverent Bulletstorm, but I’d make the argument that Outriders is more so. It presents itself as a genre it entirely isn’t, gleefully trivialising that genre’s moment-to-moment rhythms to such an extent that it feels like a lampoon at times. Cover shooters normally demand a gently tactical, incremental forward movement that rewards marksmanship. Outriders wants you to blaze past the cover and into the fray and punishes you if you don’t. Meanwhile, it boos in the face of looter shooter restraint in a manner that would make even Borderlands shy.

It’s definitely proven divisive, but if you’re going to give Outriders a go, just remember: cover is not your lover. Also, try the Trickster.

Arnold Schwarzenegger Drops His Iconic One-Liners All The Time, Much To The Annoyance Of His Kids

x86, Arm, and the Reach for Computing Supremacy