Samsung granted a patent for a foldable tablet 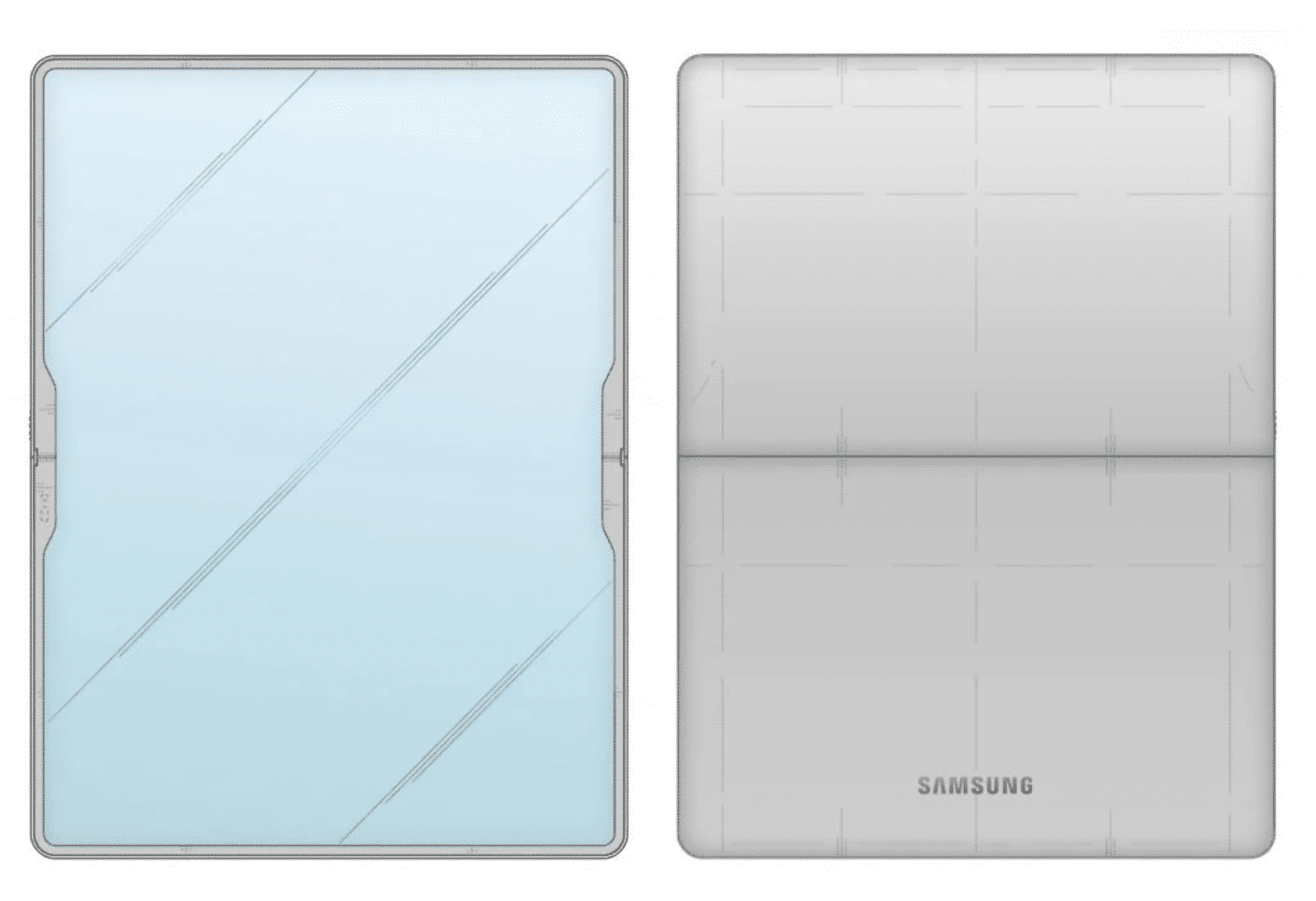 Samsung has a couple of new tablets in the pipeline for launch sometime around the middle of this year though it seems there could be more in the offing from the South Korean conglomerate. For the company is known to have patented a mobile device that suggests a foldable tablet could be in the works for launch sometime in the future.

The said patent has been applied at the United States Patent and Trademark Office and was granted on February 16, 2021. The patent has been categorized under the Display Device category which points to it likely being a tablet with a flexible display. This also makes for an interesting product category as the company has so far kept itself confined to foldable smartphones that opened up to reveal a tablet form factor.

Those include the Galaxy Z Fold 2 which comes with a 6.23-inch external display while transforming into a 7.6-inch tablet in the unfolded state. However, with the present patent design, Samsung seems to have other ideas, that of a tablet revealing an even bigger display when unfolded. However, it is not known at the moment how big of a display it is going to be in its folded or unfolded state.

The patent diagram and other info points to there being no cover screen as such. Also, it’s sort of an in-folding design mechanism that has been used. Bezels along the sides are just the minimum save for a small portion at the top and bottom along the middle portion. This is also where the front-facing camera, flash, and other sensors are placed.

Also, interestingly, there seems to be no camera anywhere on the exterior. There are the speaker array and a Type-C port which you will find on the left when held in portrait mode while the side opposite to this reveals another speaker and the power button. 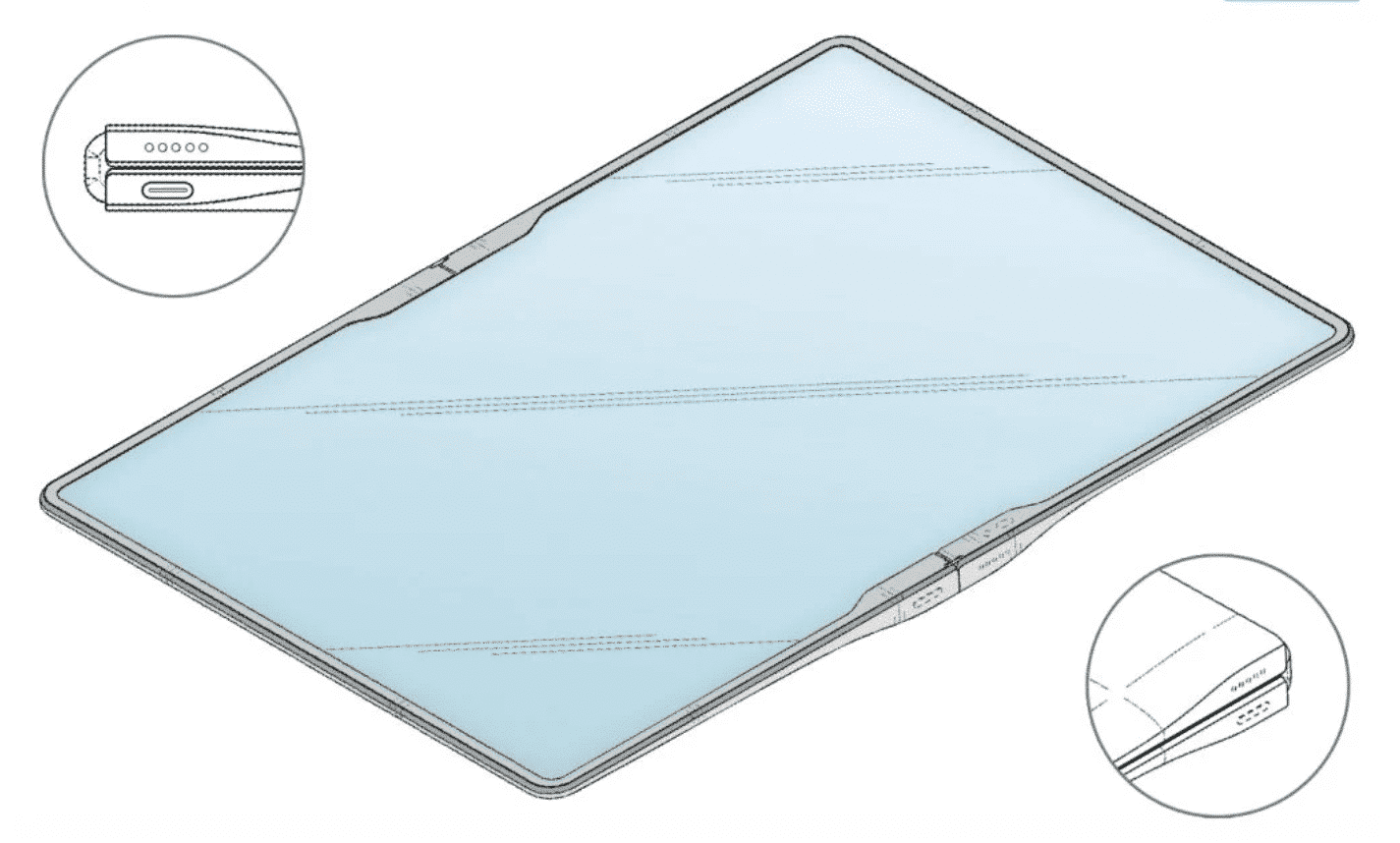 Also, the above design does remind us, to some extent at least of the Yoga Book C930 that came with an IPS touchscreen display as well as an E INK display. The device came with a lot of promise though, for reasons best known to Lenovo, there has been no successor to it so far while the device has already gone out of stock almost everywhere in the world.

At the end of it all, let’s not forget it’s just a patent design and there is no guarantee of it ever making it to the commercialization stage. A lot of such patents are granted every year and not all of them ever get to see the light of day as a final product.

Meanwhile, Samsung is slated to launch the Lite versions of its Galaxy Tab S and Galaxy Tab A devices around June this year.