For aficionados of the automobile, gathering to see and talk cars with like-minded souls—whether in parking lots over coffee or inside storied museums and warehouses—offers a collective celebration that was put on hold during the pandemic.

But as vaccine distribution slowly loosens Covid-19’s fierce grip, one such escape returns. Beginning April 9, the Mullin Automotive Museum in Oxnard, Calif., will reopen to the public, allowing access to a dazzling array of French-made rolling sculpture brought together by collector Peter Mullin. It’s an assemblage that is both award-winning and historically significant.

The sprawling 47,000-square-foot facility houses scores of vehicles that hark back to a time when most cars were one-off works of art commissioned by royalty, industrialists and legendary racing drivers. Standout Mullin pieces include one of only three Bugatti Type 57SC Atlantics in existence, the one-of-a-kind 1938 Hispano-Suiza Dubonnet H6B “Xenia,” a 1937 Talbot-Lago T150-C SS Goutte d’Eau and one of only three Bugatti EB 110 Supersport “Le Mans” examples to be built. 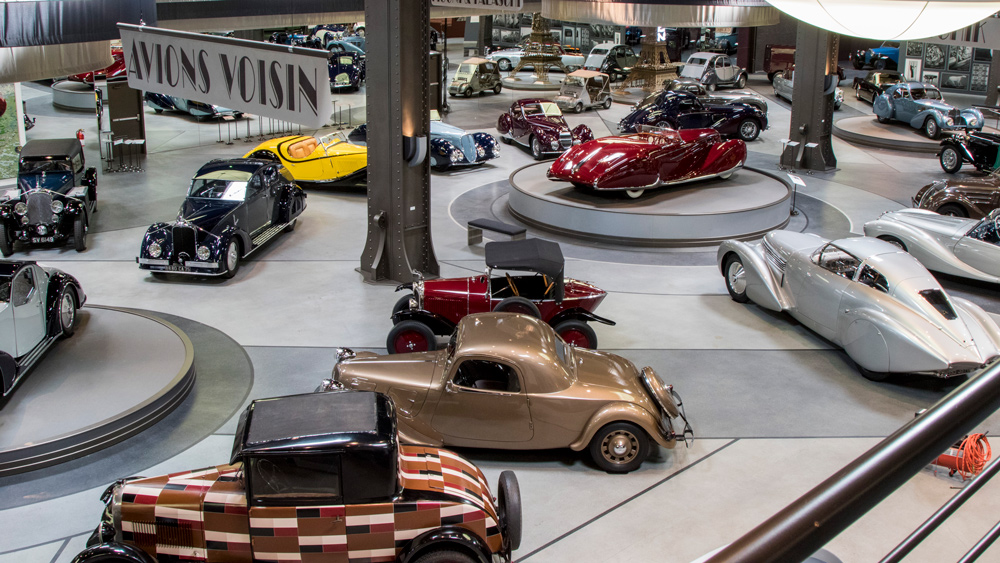 “The Mullin Automotive Museum presents a captivating educational experience for car enthusiasts to learn more about French history and culture of the Art Deco era,” says founder and executive director Peter Mullin. “After several months of closure, we are thrilled to reopen our doors and continue sharing our passion for this genre in a safe and responsible manner.” 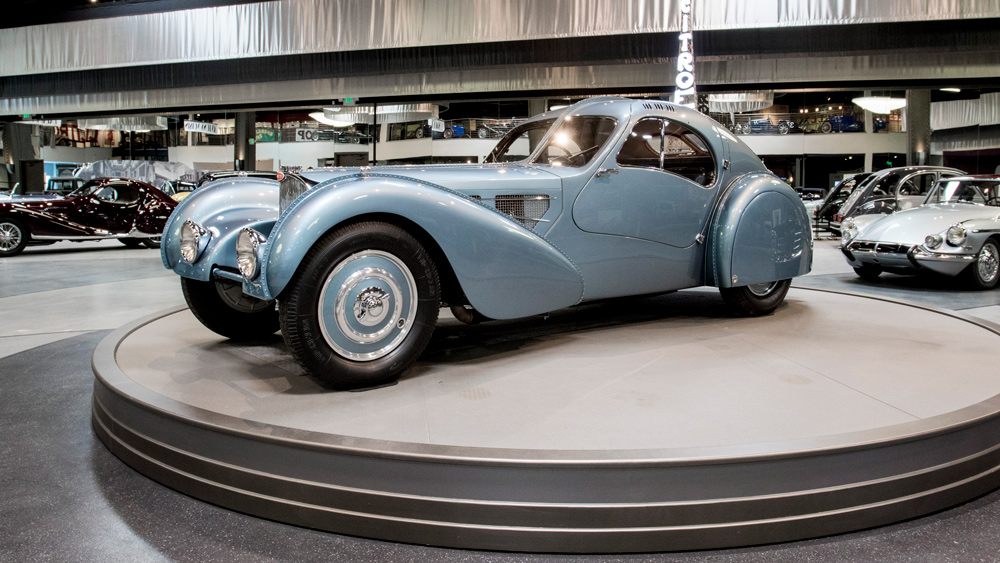 One of only three remaining examples of the Bugatti Type 57SC Atlantic.

The museum harbors not only classic cars but also an array of artifacts that bring to life the artistry of France’s belle epoque, a period that comprises the final decades of the 19th century to the start of World War I. For example, the museum’s half-dozen exhibits include “The Art of Bugatti,” which showcases furniture designed by Carlo Bugatti, father of Ettore Bugatti who founded the namesake automaker in 1909. To this day, the eponymous marque makes some of the world’s most expensive and powerful cars. On the more whimsical side is “Le Mans,” which recreates pit lane areas from the French endurance race as a way of spotlighting cars that ruled over the 24-hour motorsport contest. 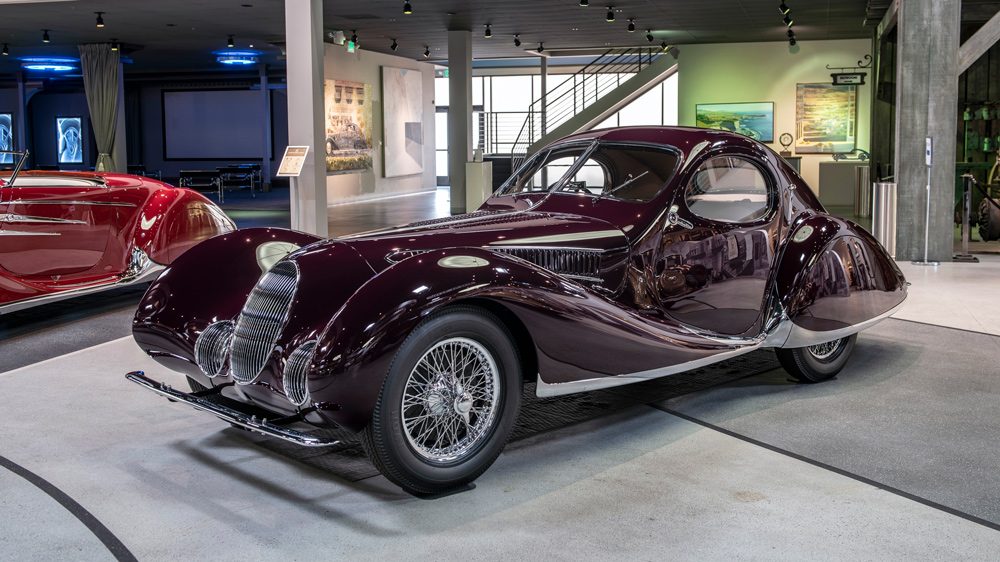 Photo by Drew Phillips, courtesy of the Mullin Automotive Museum.

While most other collections limit what’s presented to gleaming showpieces, Mullin makes sure that his museum gives visitors a glimpse into how some cars are found before master restorers take them back to concours-quality condition.

To that end, don’t miss the “Schlumpf Reserve Collection,” an assortment of unrestored cars from a wealthy European textile family. It includes 65 vehicles, many of them from Bugatti, that were accumulated during years when the family’s business was actually failing. That eventually led an angry mob to burn down their facilities, damaging some of the cars. 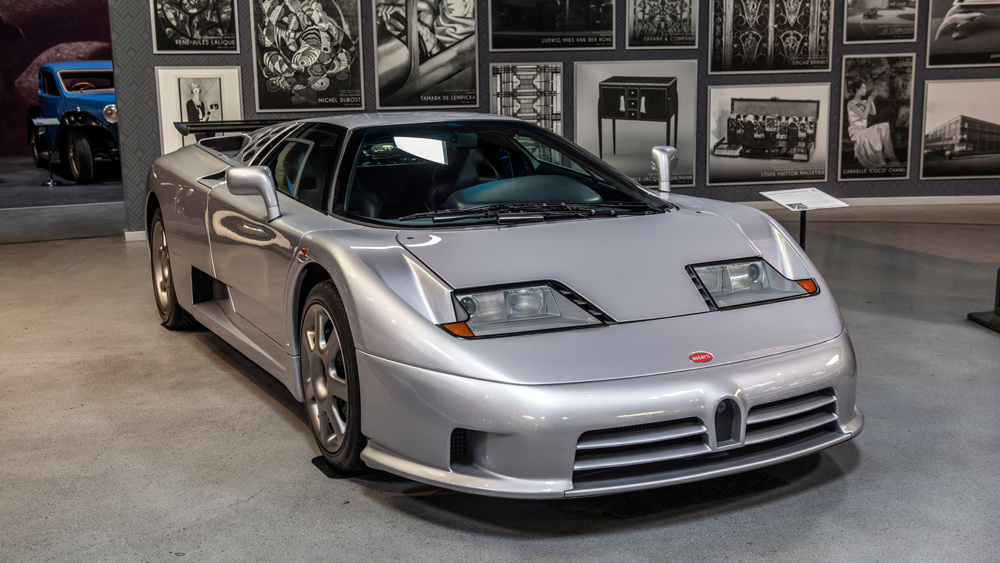 Photo by Drew Phillips, courtesy of the Mullin Automotive Museum.

An even more eye-opening—and heart-rending—exhibit, however, is “Lady of the Lake,” starring a completely rusted shell of a 1925 Bugatti Type 22 Brescia Roadster. Suffice to say that its ready-for-Hollywood story involves Grand Prix driver René Dreyfus, a card game gone bad, an abandonment deep below the surface of Italy’s Lake Maggiore and, decades later, a resurrection and sale that honors a boy who died from a violent attack. 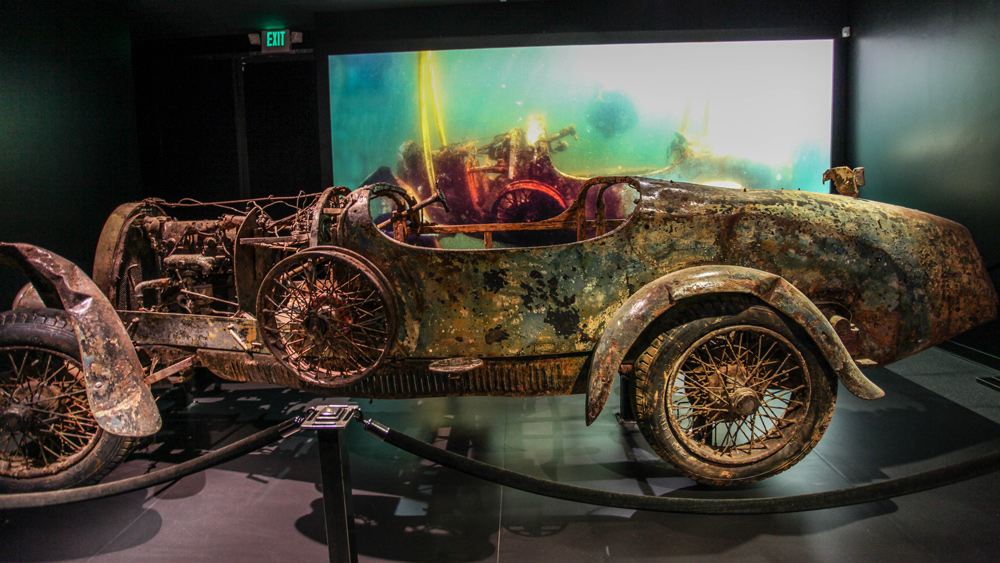 The “Lady of the Lake,” a 1925 Bugatti Type 22 Brescia Roadster recovered from Italy’s Lake Maggiore.

While museum officials are excited about reopening—new days and hours are Friday through Sunday from 10 a.m. to 3 p.m.—they acknowledge that the pandemic is not yet in the rearview mirror. Temperature checks will be conducted at the door, masks are mandatory and hand-sanitizer stations stand guard.

In addition, capacity will be limited to 25 percent and attendees will choose between either a morning or afternoon visit so staff can clean between sessions. Tickets are $16 for adults and $14 for both seniors and students with ID. Active military members with ID and children under the age of two-years-old are admitted for free.

Elephant in a Box: Dynamic Sofa and Armrest with Desk